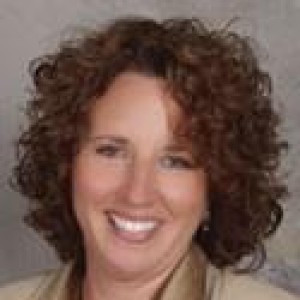 On July 22, 2013, Pennsylvania joined New Jersey, New York and many other states by making its written driver’s license  test available in multiple languages. The test will now be available in Arabic, Chinese (Mandarin), French, Hindi, Korean, Russian, Ukrainian, and Vietnamese. Prior to this announcement the test had been available only in English and Spanish.

The test will be continue to be administered on the same knowledge testing equipment as before the change and will have both text and audio. The only exception to this policy is the Hazardous Materials Endorsement Knowledge test, which is only offered in English, as required by State and Federal law.

With the addition of these 8 languages, PennDOT has now disallowed the use of translators during the knowledge test as well as for skills tests and special point exams. However, there is still a mechanism available for those who do not speak one of the 10 languages available:  Applicants seeking licenses should have their translator contact PennDOT at 1-800-932-4600 or  717-412-5300 to request a Knowledge Test Translation Authorization Letter and provide contact information as well as the location where the test will be taken and the required language. The translator will be contacted by PennDOT within 5 business days to discuss the request.

PennDOT indicates that it will continue to monitor the languages  customers are requesting and consider offering additional languages if a need is identified.

While this is a positive move for speakers of the 8 additional languages made available, the new no-translator policy without prior approval will be difficult for PennDOT to administer and will delay the licensing process for many.

A better solution for PennDOT would be to follow New Jersey’s lead and continue to allow translators in the languages in which the test is not available.  New Jersey permits translators if they meet one of the three criteria listed below:

Valentine A. Brown is a partner at Duane Morris LLP in the Employment, Labor, Benefits and Immigration Practice Group. She serves as global immigration law counsel to a diverse group of multi-national and domestic corporations and their employees, providing advice, compliance audits and representation to help navigate the intricacies of US and foreign immigration laws. Ms. Brown also represents individuals in all types of immigration proceedings, including persons of extraordinary ability; spouses, fiancées and children of US citizens; naturalization and political asylum applicants; as well as respondents in deportation and immigration appellate proceedings.
More Posts

3 Cheers for Cheer—and 3 Lessons on How to Manage

Coronavirus (COVID-19): What Employers Should Do Now and Business Continuity Planning