I appreciate contributing to the below article posted to Bloomberg Law  written by Jacquie Lee and Jay-Anne B. Casuga.

Sharon Fast Gustafson, the general counsel nominee for the EEOC, hopes to focus more energy on mediation than litigation, which she described as “necessary” but also an “expensive, imperfect tool.”

“Resolution of disputes without litigation is an important part of the lawyer’s job, just as it is an important part of the EEOC’s function,” she said before the Senate Health, Education, Labor and Pensions Committee April 10. As general counsel of the Equal Employment Opportunity Commission, Gustafson would manage the agency’s litigation program.

Gustafson’s emphasis on conciliatory measures mirrors sentiments expressed by Janet Dhillon, the nominee to chair the EEOC. That could signal that the agency might become less aggressive in filing lawsuits against employers and more prone to mediation and conciliation. Dhillon, who also awaits Senate confirmation, said “litigation truly is a last resort” in testimony before the same committee Sept. 19.

A Bloomberg Law analysis of Gustafson’s track record appears to support her stance on avoiding potentially lengthy litigation. Since becoming a solo practitioner in 1995, Gustafson has negotiated settlements or voluntary joint dismissals in more than 80 percent of the employment discrimination cases in which she represented workers in federal court.

The high number of Gustafson’s settlements doesn’t surprise Jonathan Segal, a partner at Duane Morris LLP in Philadelphia. The vast majority of cases don’t make it to court, he said. Her settlement rate is what he’d expect from a litigator, he said. It shows she’s “pragmatic and she resolves cases where she can.”

Gustafson has been viewed as a somewhat unusual choice by President Donald Trump to be the EEOC’s top litigator. Republican administrations typically choose agency general counsels with more management-side experience, while Democrats usually appoint attorneys with a background representing workers. 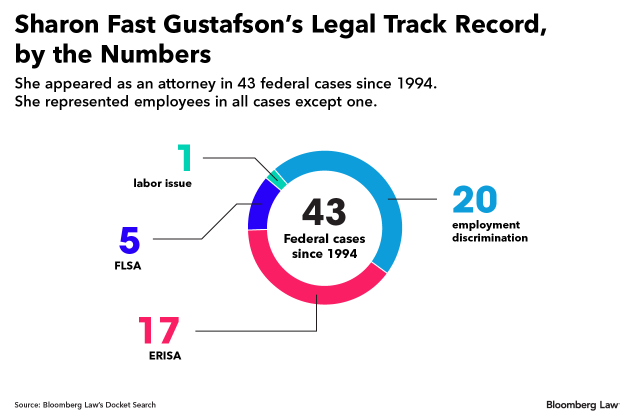 Gusfason represented workers in nearly all of the federal labor and employment cases—42 out of 43—in which she appeared as an attorney.

Of those cases, 19 involved workplace discrimination claims brought by employees against companies, including United Parcel Service, Marriott International, and the District of Columbia. She represented an employer in one federal discrimination case. The claims in those cases are based on many of the same laws that the EEOC enforces. Gustafson also has represented workers in federal wage and hour litigation under the Fair Labor Standards Act, as well as in employee benefits lawsuits under the Employee Retirement Income Security Act.

Gustafon’s clients agreed to dismiss their claims after reaching settlement in 16 of the 20 discrimination cases. One of the cases settled at the appeals court level following the employee’s jury trial win. Another case settled after the worker scored a victory before the U.S. Supreme Court. 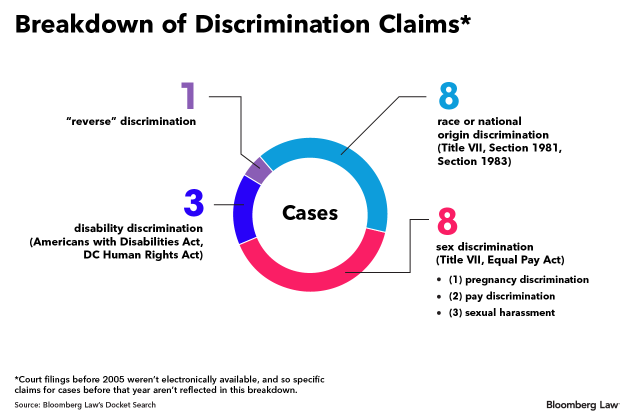 Employees nationwide filed more than 84,000 discrimination charges with the Equal Employment Opportunity Commission in the 2017 fiscal year. The agency filed 201 lawsuits, 30 of which were systemic cases. It has averaged a “favorable outcome” in more than 90 percent of its suits since fiscal year 2010, according to agency annual reports. The commission, however, doesn’t specify how many of those outcomes are court decisions or settlements.

The agency has made it a priority in the past few years to root out systemic discrimination, which involves a broad pattern of bias within a certain industry or company.

“One of the best ways to attack discrimination and to get higher compliance is to keep going against those small individual claims and never let up,” Gustafson said. “I feel strongly that the EEOC should be doing both.” 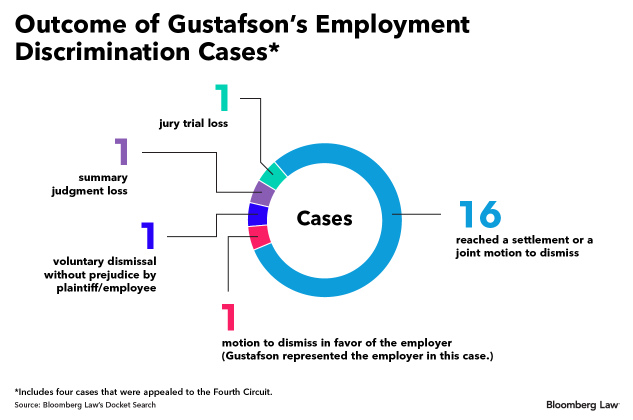 Most of the agency’s lawsuits are on behalf of individuals. Of the 182 discrimination lawsuits the agency filed in fiscal year 2017, 124 were on behalf of individuals. The proportion of such lawsuits might rise under Gustafson’s leadership, given her statement and considering her federal track record shows no discrimination class actions, at least after 2005.

Consequently, some expect Gustafson might be inclined to address systemic discrimination through individual cases rather than class actions, Segal told Bloomberg Law.

A discrimination case against UPS, in which Gustafson represented a pregnant employee, is a good example, Segal said. That pregnancy accommodation case made its way to the Supreme Court, where a majority of justices in 2015 sided with the worker.

“It was an individual claim, but it had class implications,” Segal said. “It doesn’t mean she won’t look at systemic issues, she just may not bring them by class.”

That might be a winning strategy if the agency wants to combat sexual harassment in the courtroom, an issue the EEOC has been tackling for years but has put renewed emphasis on since the #MeToo movement began.

The nature of sexual harassment cases makes them difficult to litigate as a class because the circumstances can vary greatly between victims, Carolyn Wheeler, a former assistant general counsel for the agency, told Bloomberg Law.

“It’s not that it can’t be done, but you need to do a really exhaustive investigation before you file a case like that,” Wheeler said. That sucks up EEOC resources and time, both of which are already stretched thin at the agency.

Take the large number of women who sued Carrols Corp., a Burger King franchisee, because they allegedly faced sexual harassment and retaliation from managers, she said. The company eventually settled with the 89 women for $2.5 million, but a judge said the EEOC couldn’t pursue a class claim for that case because the agency failed to show a “pattern or practice” of sexual harassment.

“That’s how courts have looked at a lot of these cases,” Wheeler said. “Agree with that or not that’s the state of the law.”